Have fun playing the trumpet - keep it on the 'Chops'!! 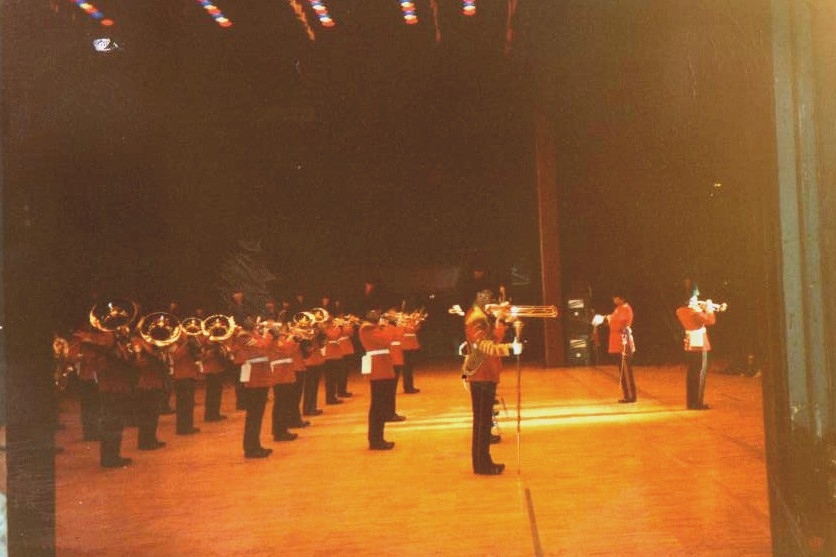 I was lucky enough to work with Derek many times over my career - Derek was the regular Lead Trumpet on Ross Mitchell Orchestra and the Andy Ross orchestra TV, recordings, Albert Hall engagements plus BBC ' Come Dancing' series.

Kenny Baker  - I, like many trumpet players of my generation grew up listeing to the great playing of Kenny Baker. We heard him nearly every day of the week on television - playing on all the top shows including the Muppets, Morecambe & Wise show, ect ect (The list is endless). I was again lucky to Tour the UK & Europe backing Peter Skellern and sit next to Kenny. Kenny was the featured soloist for the tour and was brilliant every night!

He also invited me to play on a couple of big film sessions with him as 4th trumpet - along side all my other heroes. They were like the' Royal Family' of Trumpet players - the 1st Calls!!

Tony Fisher- Like Derek and Kenny, I have grown up listening to Tony on TV, radio broadcasts, LP's. Tony is one of the 'Royal' family - he has played with everone who matters from Sinatra to Streisand (and several hundred in between!). I was privileged to be called by Tony to be his deputy

with a Dance band lead by the great Don Lusher & John Whelan at Blenheim Palace in Oxfordshire. The band was resident there for several years and because Tony was so busy in the studios I used to get a lot of 'dep' work for him with the band. Tony, like all the players I have listed are not only the best trumpet players in the world - they are also some of the nicest people around who are always willing to help you and give you time!.

Mike Lovatt- I first met Mike when I was playing 2nd Trumpet in the pit orchestra for Starlight Express. He had just finished music college

and I must say he sounded fabulous (even when he was a youngster). After just a few deps on the 2nd book he started to deputised for Graham Russell on lead trumpet (Graham played the show like no other - Just brilliant!!). After a few more years working in the studio with Derek Watkins, Mike turned from a great young player into what he is today - World class!!! Check him out with the John Wilson Orchestra - its the closest thing to the fabulous  MGM studio orchestra from Hollywood you will ever hear!

David Mason- was known to the world as the piccolo trumpet player on 'Penny Lane' - Beatles. In actual fact, David was one of the true gentlemen

of the classical trumpet world and principal trumpet with the World famous Philharmonia Orchestra. When I was 15 years old and

(CNS - City of Norwich School) to perform the Hummel trumpet concerto and a beautiful piece of music for trumpet 'Quite City' - Aaron Copeland. I will never forget how nice David was to me on that day - he gave me a long lesson to help me with the trumpet concerto and then asked me to play the 1st Movement in front of my school orchestra while he sat at listened. Many years later I was to meet him again - it was for Davids 50th wedding anniversary held at the BBC Maida Vale studios - I was in the Andy Ross orchestra playing for David - what a thrill. What was amazing to me is that I went to introduce myself to him and his wife and mention that he had given me a trumpet lesson many years earlier - he knew with great detail his

visit to my school and all the details of the concert - a true gent and a wonderful trumpet player.

THE ARBAN METHOD FOR CORNET

HOW BRASS PLAYERS DO IT - RIDGEON

listen to lots of different styles of music.....

Probably the most recorded trumpet player on the planet!! 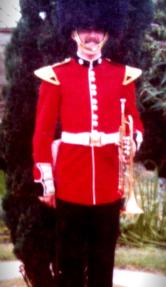 I had the privilege to work

alongside Walt on 2 tours of

Walt was the lead Trumpet with Elvis Presley for many years from the 70's right up to Elvis's final days.

Great  Trumpets some of my all time favorite trumpet players.........

I have had the privilege and good fortune to work along side the above mentioned players - they are the Best!!