Not too bad being on the same Album as the masters!!! Jerry Hey & Gary Grant (can't believe they spelt his name wrong!!) 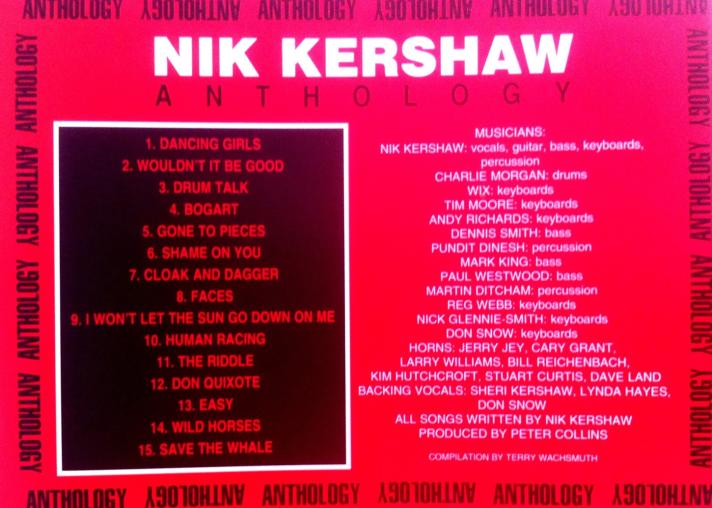 Playing 'Abide with Me' at the old Wembley stadium for the 1970's FA & League Cup finals with the Band of HM Coldstream Guards - in front of nearly 100,000 supporters,

Listening to my daughter Laura-May play Bach's 'Aria' for her

Grade 5 trumpet exam - a really special moment for me!! 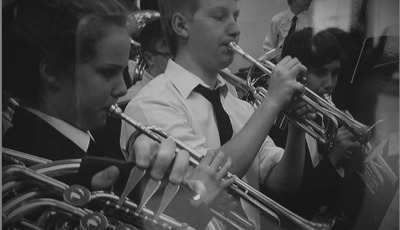 Eventually getting to work with some of my childhood 'trumpet' heroes  - what could be better!!

Hearing the brass players in the Bournemouth Symphony Orchestra for the first time when I was a kid - they sounded Awesome!!

Having had a fantastic opportunity in life to sit in a trumpet section with the likes of: 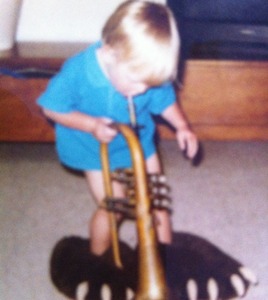 It keeps us going!!! 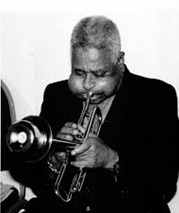 Hearing my Son Henry sing and play bass guitar with his rock band when he was about 15 years old - 'Proud Dad' moment!!

(He is now a Primary school Teacher - that'll teach him!!)

(I can still remember my legs turning to jelly!!! )

Working and performing with many 'Legends' of the music business over my career,

Ben E King, being one of the nicest guys I've had the privilege to work with.

Frankie Valli and the Four Seasons are the 'Coolest' guys to be on stage with.

Four Tops & The Temptations at Wembley was a 'Highlight' for me - they made Wembley ROCK  !!

Having the chance to 'Hang - out' with all the original Elvis Presley band members on tour - great stories to be had!!

Playing Elgar's 'Nimrod' at the Cenotaph with the Massed bands

of the Guards division - very moving experience every year we

played it. It certainly made your eyes well-up with a tear or two!!!

Meeting Her Majesty the Queen on two occasions

The first time was playing for a State dinner for the King of Spain at Buckingham Palace - the Coldstream Guards Brass Ensemble were playing on the patio at the rear of the Palace - after dinner Her Majesty came outside and spoke to all eight musicians induvidually - she was very knowlegeable on the music we had played throughout the evening. She was charming!

The second time I meet the Queen I was introduced to her in the Archway of House guards parade, just before

marching onto House guards to play a trumpet solo on a podium next to the Queen. It was the ' Beating Retreat' and I had to stand in front of the whole massed Bands of the Guards (400 musicians) in the middle of House Guards. It was truly terrifying!!!!! - but an experience I will never forget, one of the few occasions my Mum & Dad were able to attend, which made them very proud!. Finally, thanks to Dick Ridings (Senior Director of Music) for giving me lots of chances and solo's in the band - May you rest in peace!!

Hugging Maynard Ferguson after his last ever gig at Ronnie Scotts jazz club - the world lost one of the 'Greats' shortly afterwards - a momentous moment for me and about another 20 pro-trumpet players that night (more like 4am in the morning!) 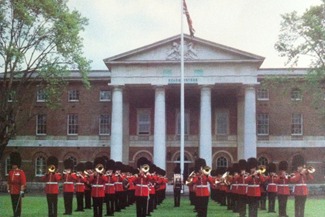 Having Dizzy Gillespie call my name out at Ronnie Scotts club to wish me 'Happy Birthday' over Ronnies mic.

My wife Lyn had asked him to sign his book for my Birthday present - I was too shy to ask him myself - what a present!!!!!

Hearing and meeting some of the best trumpet players on the planet,

I think that's what makes us tick!!

Next - hearing the Buddy Rich Big Band at Ronnie Scotts club for the 1st time - it pinned me to the back wall - what an incredible sound!!!